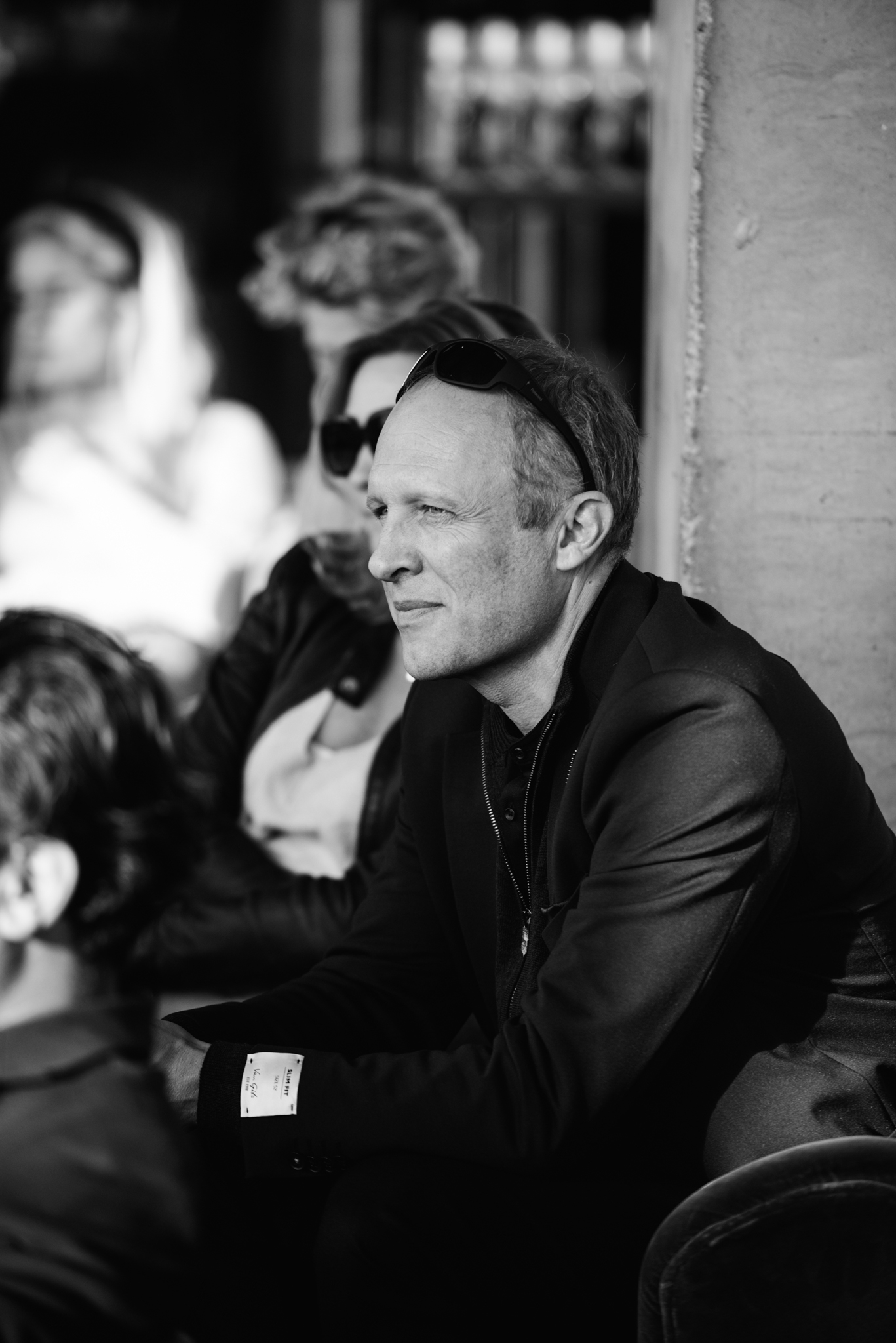 From theatre to film – education

Hugo Metsers was born and raised in Amsterdam and studied dramatic arts at the theatre school Studio Herman Teirlinck in Antwerp, Belgium. During ten years of acting and directing in several different disciplines such as theatre, film, television, radio and musical, he also developed his skills as an independent producing filmmaker.

First roles in film and TV

In the nineties he became a well-known actor and participated in Dutch and foreign films (Little Sister, Casque Bleu, Wasted!, Siberia, Band of Brothers). Standing in front of the camera Hugo discovered the magic of filmmaking, by observing the other disciplines on set. He started writing film stories and developed his writing skills at the International Maurits Binger Film institute.

At the start of this century he made his come-back as well-known actor on television in The Netherlands, with the dynamic role of Marcus Sanders in Holland’s most popular soap opera Good Times, Bad Times. Also, he starred in the international Dream Works production Band Of Brothers as the leader of the Dutch resistance. He met Steven Spielberg, Tom Hanks, acted back to back with Damien Lewis and was directed by Phil Norton (X-files). From that time on he continued actively in acting, coaching and directing.

Productions as writer and director

In 2012 his first feature ‘Rauw’ was produced by Corrino Film (‘Schemer’, ‘The Devil’s Double’) and released at the Film by the Sea filmfestival. This story about the social isolation of a youngster who ends up to be shooting everybody in a shopping mall, was shown at different filmfestivals and highly appreciated by established producers and directors.

The following years Hugo directs different commercials and corporate films. In the same period, he raises schooling for film actors, an up till than non-existing form of education in the Netherlands. His foundation, faaam (film actors academy and masterclasses: www.faaam.nl) still initiates the now well-known education in The Netherlands.

Here he directed three features with his actor students: Arjuna, Estafette d’ Amour and Raw, all screened at the film festival Film by the Sea in 2012, 2013 and 2015. Also he produced many features for the school, such as Free Game, Broken, Lust, Capsule, Me You He She, Project Fear, No Future, Where the Devil Sleeps, Losers and Revenge.

This website uses cookies to improve your experience while you navigate through the website. Out of these, the cookies that are categorized as necessary are stored on your browser as they are essential for the working of basic functionalities of the website. We also use third-party cookies that help us analyze and understand how you use this website. These cookies will be stored in your browser only with your consent. You also have the option to opt-out of these cookies. But opting out of some of these cookies may affect your browsing experience.
Necessary Altijd ingeschakeld
Necessary cookies are absolutely essential for the website to function properly. These cookies ensure basic functionalities and security features of the website, anonymously.
Functional
Functional cookies help to perform certain functionalities like sharing the content of the website on social media platforms, collect feedbacks, and other third-party features.
Performance
Performance cookies are used to understand and analyze the key performance indexes of the website which helps in delivering a better user experience for the visitors.
Analytics
Analytical cookies are used to understand how visitors interact with the website. These cookies help provide information on metrics the number of visitors, bounce rate, traffic source, etc.
Advertisement
Advertisement cookies are used to provide visitors with relevant ads and marketing campaigns. These cookies track visitors across websites and collect information to provide customized ads.
Others
Other uncategorized cookies are those that are being analyzed and have not been classified into a category as yet.
OPSLAAN & ACCEPTEREN